How I got into the gluten free food business…

I’m often asked how I got into the gluten free food business having worked as an Executive Coach in corporate Ireland for over sixteen years. Sometimes over the years as a coach I felt like I was living a kind of double life, Monday to Friday I wore a suit and coached managers in large organisations like banks and technology firms, and then at the weekend when I was off duty I would put on the pinny, take out the cookery books and dabble away in the kitchen baking cakes and trying out new recipes indulging in my passion which seemed a million miles away from business. 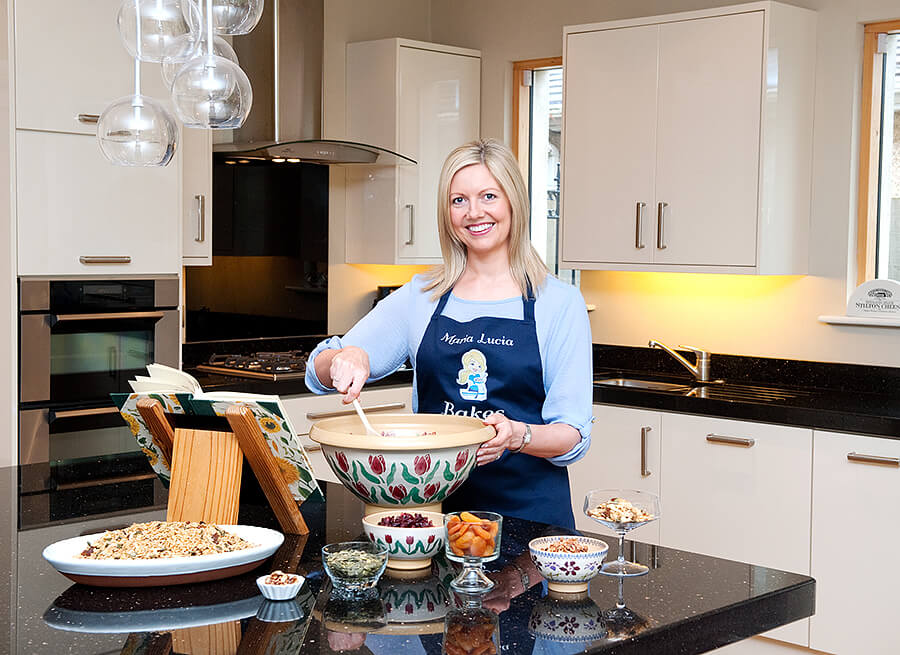 Like many people of my age, I grew up eating only home made meals. Cakes and biscuits were an occasional treat, generally made by my mum rather than shop bought. In our case this was because we had a tearooms and guesthouse, so mum was well practised at homebaking. On our school holidays I helped out in the kitchen mixing the oranges, lemons and sugar to make the loveliest homemade lemonade knowing that my reward would come later when I was allowed to tuck into the warm soft oranges left over after the lemonade was strained from it.

A childhood growing up in a beautiful place like Glendalough, known as the garden of Ireland, waking up in the morning to the aroma of brown soda bread fresh out of the oven has undeniably left its mark on me. Having friends to stay and making nice food for them is one of the greatest pleasures in life for me. 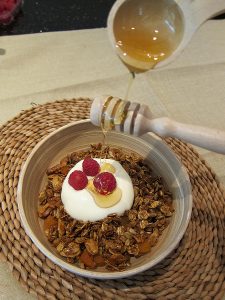 Two years ago my friend from Cork was visiting us in Dublin. Knowing that she is gluten intolerant, I took out my trusty cookery books and found a couple of recipes I thought I could adapt to create gluten free versions. The main course was simple enough as I just made a dish without the offending ingredients! Then for dessert. I settled upon a sticky toffee pudding, switching the flour to a gluten free blend and as luck would have it, it turned out a treat.

Next morning I served up my special granola that I have been making for years, I used gluten free oats in placed of the regular ones so it was quite simple. What I didn’t expect was her reaction when she tasted it and called it ‘real food’ something really tasty yet healthy and not packed with sugar. When she was leaving us to go home I gave her a bag of granola to take with her which she duly shared with her friend with coeliac disease. Yet again the granola was a hit with her and she asked would I mind making some more and selling it to her as she couldn’t buy anything like it. This got me thinking, I wonder could I pursue this dream of mine that was always there in the back of mind, to make a living out of my passion for baking ?