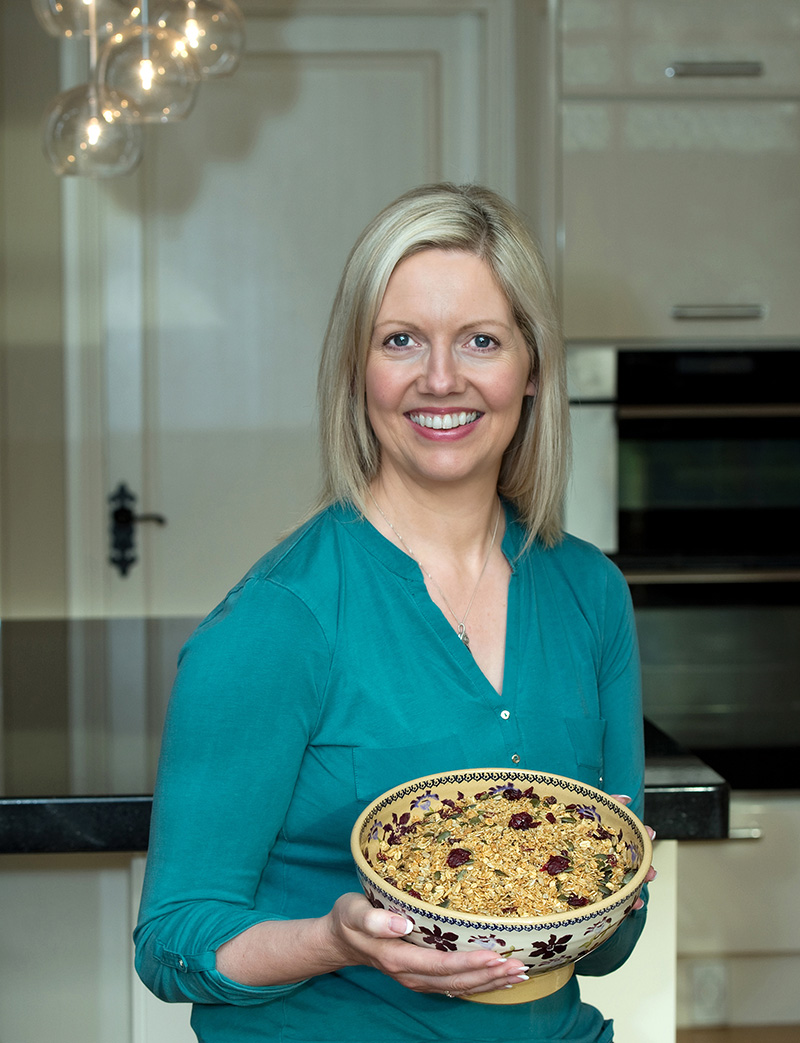 The inspiration for the business came from a friend with coeliac disease. They told me about their struggle to find high quality gluten free foods.

In their experience it was all mass produced, low quality, tasteless food on the shelves in supermarkets.

I had been making granola for family and friends for years. When my friend came to visit, I adapted the recipe to make it gluten free.

After doing some research, I soon discovered that there was a gap in the market for a high quality, hand baked gluten free cereal.

I decided to start my journey in my local farmers markets. The response was phenomenal and I sold out on my first day!

How we do it

We take great pride in sourcing the best quality ingredients for our products so that we can provide delicious, premium food.

All of our products are still baked in small batches meaning every batch is handled with care.

We have a range of award winning gluten free granolas, porridge, muesli and cookies.

Our most well known granolas include:

We have an oat free granola called Ancient Grains. It is made with quinoa, buckwheat, rice puffs and millet. This cereal was brought out for the 5% of coeliacs who cannot tolerate even gluten free oats. They struggle to digest the protein called “Avenin”. This protein reacts in the same way gluten does in the body

We also have an Oat Free porridge pot. This is made with brown rice flakes and buckwheat. It is vegan and lightly sweetened with freeze dried raspberries. There is a spoon included and all you need to do is add boiling water. This product won 2 awards in 2019 from the FFFAs for Innovation & Taste.

We also have an oat based porridge pot. This one is lightly sweetened with coconut sugar. There is a spoon included and all you need to do is add boiling water

We also have two toasted mueslis

We have a grain free granola. This granola is made with seeds, nuts, coconut, vanilla and cinnamon. It is suitable for those on low carb, lchf, keto and banting diets. It contains only 3g of carbs per serving. It is unsweetened and doesn’t spike blood sugar levels. It is also vegan friendly and suitable for diabetics

We have also added cookies to our range of gluten free products. They are made with Belgian chocolate chips and Irish butter. They have a beautiful crumbly base and generous chocolate chips. They are super luxurious. The come in 2 flavours; Milk Chocolate Chip and Cranberry and White Chocolate